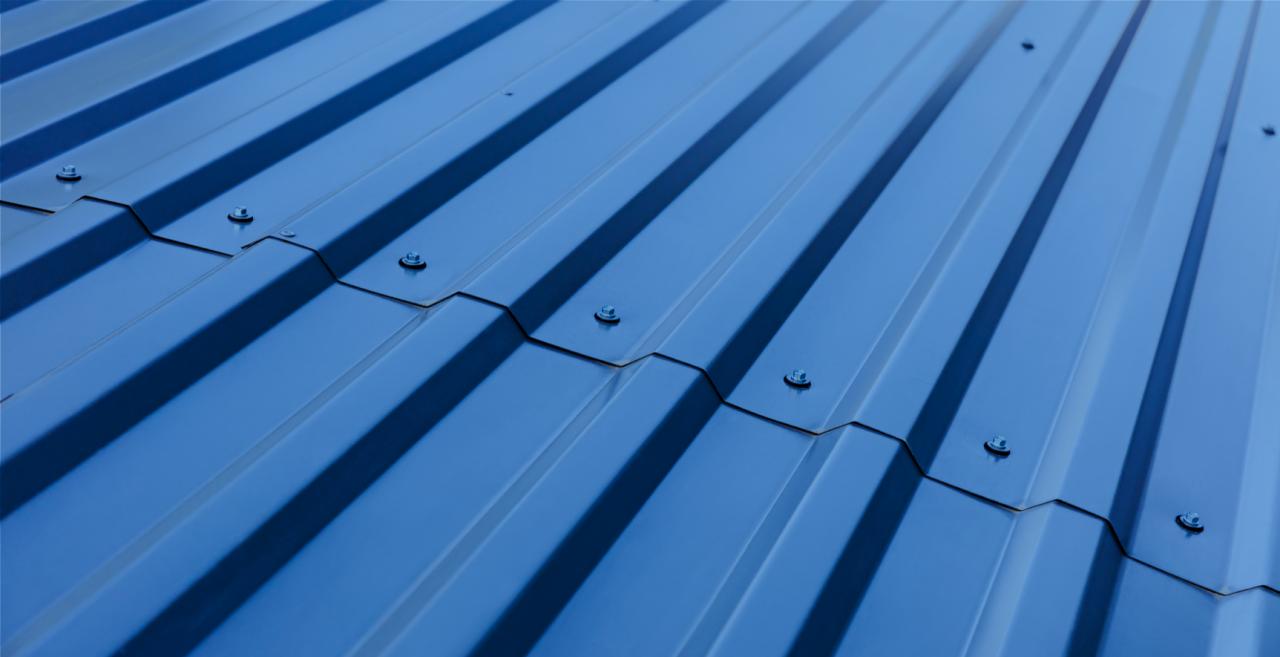 Like every industry, metal roofing has its own lingo and technical terms. Here are some of the most common:

30-Pound Felt: Was the standard underlayment for quality metal roofing systems and is still used but has been replaced in many areas by the newer synthetic underlayment. It is typically made of a polyester fleece and infused with tar.

Batten: (1) A cap or cover; (2) in a metal roof: a metal closure set over, or covering the joint between, adjacent metal panels; (3) wood: a strip of wood usually set in or over the structural deck and used to elevate and/or attach a primary roof covering.

Clip: A formed metal component anchored to the building substrate to secure two pieces of metal to each other or to secure metal shingles or standing seam roofing.

Condensation: The effect that occurs when warm moist air hits a cool surface. Ventilation, insulation, and vapor barriers are the keys to avoiding condensation in roof systems.

Deck: The substrate over supportive framing to which roofing material is applied; also called decking or sheathing. The deck normally is plywood, OSB or 1x lumber.

Drip Edge: Flashing made of aluminum or another non-corrosive material that is placed along the eaves and rake edges at a 90-degree angle to let water runoff drop clear of fascia and into the gutters.

Eave: A roof edge that extends past the exterior wall line at the bottom of a slope.

Fascia: Vertical roof trim located along the perimeter of a building, usually below the roof level, to cover the rafter tails at the eaves and to seal off the top of the siding along the rake; also called gutter boards.

Fasteners: A wide variety of mechanical securement devices and assemblies, including nails, screws, cleats, clips and bolts, which may be used to anchor various components of a roof assembly.

Felt: Material of interwoven fibers saturated with asphalt and used as a protective underlayer between shingles and decking; also called tarpaper.

Fixed Clip System: A formed metal component anchored to the building substrate used to secure two pieces of metal to each other or to secure metal shingles or standing seam roofing.

Flange: A metal edge that is typically 90 degrees perpendicular to the bent shape.

Flashing: Metal or other flexible materials used to seal the roof and prevent leaks around any projection or intersection, such as pipes, chimneys, dormers, valleys or adjoining walls.

Floating Clip System: A formed metal component anchored to the building substrate used to secure two pieces of metal to each other or to secure metal shingles or standing seam roofing but can move with the metal’s expansion to allow for thermal movement.

Foam Closure: An extruded foam piece formed from neoprene or polyethylene that conforms to the uniform bends of a metal panel to prevent wind, insect and moisture damage.

Gable: The edge of the roof that runs from the eave to the ridge.

Galvanized Steel: A carbon steel with a protective alloy consisting primarily of zinc on both sides of the steel. Various grades are available based upon the thickness of the coating. G90 is suggested for residential applications.

Gauge(s): The standard measure of thickness of steel and steel panels.

HIP: The external angle formed by the intersection of two sloping roof planes from the ridge to the eaves.

Ice/Leak Barrier: A self-adhering and self-sealing membrane applied to the roof deck designed to protect against water infiltration from ice buildup or wind-driven rain. The ice barrier will seal around nails that penetrate it; also called water barrier.

Ice Dam: A mass of ice formed at the transition from a warm to a cold roof surface. Frequently formed by refreezing melted water at the overhang of a steep roof, causing ice and water to back up under roofing materials, which may result in roof leaks. Ice damming is controlled through attic insulation and ventilation.

Impact Resistance: The ability of a roofing material to resist damage (e.g., puncturing) from falling objects, application equipment, foot traffic, etc. The impact resistance of the roofing assembly is a function of all of its components, not just the membrane itself.

Insulation: Any material designed to reduce the flow of heat from or into a building.

Interlocking: The process of folding and bending metal shapes over one another to lock them together.

Oil Canning: A visible waviness in the flat areas of metal roofing and metal wall panels. In technical terms, oil canning is referred to as elastic buckling. It can occur in any type of metal panels, such as steel, aluminum, zinc, or copper.

Open Purlin: A roofing structure where wood members are used in lieu of paneled sheathing or decking.

Open Valley: A valley design used to transition water and debris off of a roof slope, carrying the water on top of the roofing systems. These valley systems are designed to not clog with debris, such as tree leaves and needles, ice, or snow.

Purlin: A horizontal beam along the length of the roof, resting on a main rafter.

Rafter: The structural member supporting the deck and roof system components, extending from the downslope perimeter to the ridge or hip.

Rake: The inclined edge of a sloped roof over a wall from the eave to the ridge, usually perpendicular to the eave and ridge.

Ridge: The horizontal, external angle formed by the intersection of two sloping roof planes (i.e. where the two sides of a roof meet at the highest point).

Ridge Vent: The best type of roof exhaust vent that ventilates the attic along the ridge or hip line where the roof deck has been cut back; works in conjunction with soffit vents under the eaves or a starter edge vent; also called an exhaust vent.

Sealant: Used to seal joints or cracks to help prevent leaks. Sealants should be used for aesthetic reasons as well as for extra lines of defense against water intrusion. Sealants are not designed to be adhesives.

Self-Drilling Screw: A fastener that drills and taps its own hole during application in metal-to-metal installations.

Self-Tapping Screw: A fastener that forms receiving threads when turned into a previously drilled hole.

Snow Guards: Are used in snow country to help break apart snow, so it does not leave the roof surface in large pieces and harm people or property. An enhanced variation of these consists of Snow Fences. On standing seam roofs, these items need to be installed in a way that does not impede movement of the roofing system with thermal expansion and contraction.

Soffit: The underside of the eaves, or roof overhang, which can be enclosed or exposed.

Soffit Vent: An intake vent in the soffit area of the house that provides attic venting at a lower portion of the roof deck and good circulation with other forms of venting, such as ridge or roof vents; also called an intake vent.

Underlayment: A secondary waterproofing material installed between the substrate and the roof panels. Some types may be self-adhering. This is required by code beneath all metal roofs, even if the old shingles are left in place.

Valley: The internal angle formed by the intersection of two sloping roof planes running from the eaves to the ridge, which allows water to run off.

Vented Ridge Cap: A formed metal piece used at the cap of a ridge that allows the use of a vented material and provides additional ventilation of the attic space in a roofing system.

Being Cold-Weather Ready Means More Than Warm Clothing. The Right Underlayment Is Just As Important. 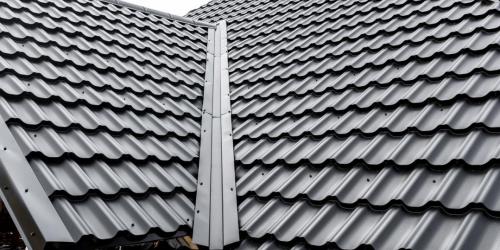